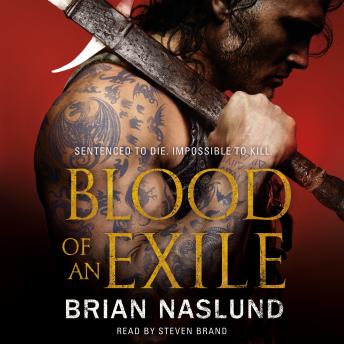 Blood of an Exile

Brian Naslund's Blood of an Exile is a fast-paced adventure perfect for comic readers and fans of heroic fantasy.
Bershad was supposed to die...
When he was caught trying to assassinate a fellow noble, Flawless Bershad was given a death sentence. Fight monsters so that he would die serving the kingdom. But Bershad can't die.
He's never lost a fight, the most successful dragon slayer in history but marked as a doomed man, Bershad stands apart from the world. But that is about to change.
The man who sentenced Bershad to his fate has just given him an out. Kill a king and walk free forever. But Bershad could not care less about the fates of kings and kingdoms, until, that is, he discovers he is the only person able to save an innocent child and, possibly, the life of every creature in Terra.

Blood of an Exile