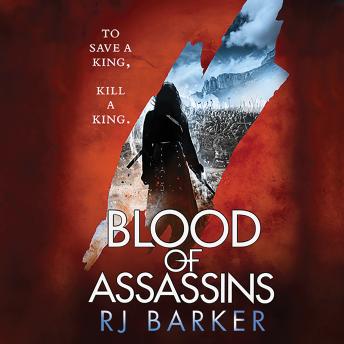 A cynical assassin struggles to keep his magic a secret as he navigates a world torn apart by a war between three kings in this thrilling sequel to RJ Barker's fantasy debut, Age of Assassins

In a desperate bid to escape the bounty on his head, assassin Girton Club-Foot has returned to Maniyadoc, but the kingdom he knew no longer exists.

Three kings battle for supremacy in a land ravaged by war-and one of them is his old friend Rufra. With threats inside and outside the war encampment, Girton races to find the traitor behind an assassination plot. But his magic can no longer be contained and Girton may not be able to save even himself.

It's assassin versus assassin for the life of a king.