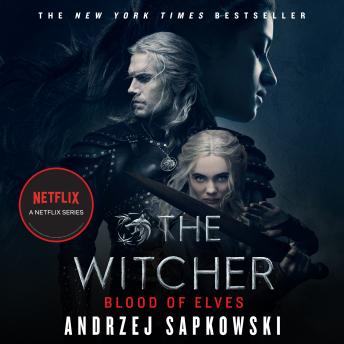 The story of Geralt of Rivia continues as war rages on in this epic fantasy—now, the story of The Witcher continues in the saga that inspired the second season of the Netfix series.

For over a century, humans, dwarves, gnomes, and elves have lived together in relative peace. But times have changed, the uneasy peace is over, and now the races are fighting once again. The only good elf, it seems, is a dead elf.

Geralt of Rivia, the cunning hunter known as the Witcher, has been waiting for the birth of a prophesied child. This child has the power to change the world for good—or for evil.

As the threat of war hangs over the land and the child is hunted for her extraordinary powers, it will become Geralt's responsibility to protect them all. And the Witcher never accepts defeat.

Hussite Trilogy
The Tower of Fools
Warriors of God

can't stand the narrators accent. I could hardly make out what he was saying sometimes.

Just didn't care about the characters or story, a waste of my money. This wasn't for me.

amazing start to an amazing series!

Another great book in the series, this one tends to focus less on Geralt and more on the other characters. Overall he just seems to take a backseat in this book. I feel this book is a little less action packed and instead focuses more on setting up the next books of the series. Not a lot of plot gets cleared up in this one, most plots points seem to remain muddy or even get muddier. The narrator again does a bang up job on the reading and voices, although he again changes up the pronunciation of Dandelion’s name - not sure why. I honestly don’t care which pronunciation he uses, just stick to one though. All in all another great listen! But hopefully the next books bring a lil more Witcher flair back to things.