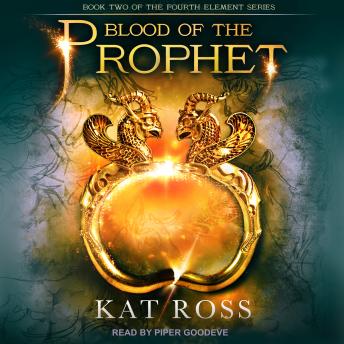 Blood of the Prophet

The Prophet Zarathustra has been called many things. Now he spends his time drawing pictures of weird-looking goats. That's what happens when you've been stuck in a prison cell for two hundred years. But the man who might be mad, and is definitely supposed to be dead, has suddenly become very valuable again . . .

It's only been a few weeks since Nazafareen escaped the King's dungeons with her daeva, Darius. She hoped never to set foot in the empire again, but the search for the Prophet has led them to the ancient city of Karnopolis. They have to find him before Alexander of Macydon burns Persepolae, and Darius's mother with it. But they're not the only ones looking.

The necromancer Balthazar has his own plans for the Prophet, and so does the sinister spymaster of the Numerators. As Nazafareen is drawn in to a dangerous game of cat and mouse, her newfound powers take a decidedly dark turn. Only the Prophet understands the secret of her gift, but the price of that knowledge may turn out to be more than Nazafareen is willing to pay . . .

Blood of the Prophet