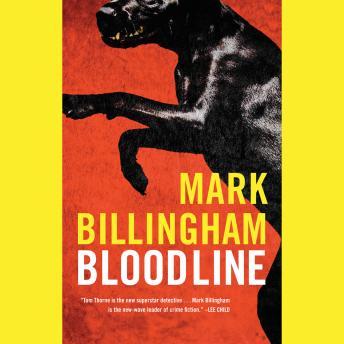 A killer is on the loose. The victims: children whose mothers can't protect them.

The past is coming back to haunt the people of London: a murderer is targeting the children of victims of Raymond Garvey, an infamous serial killer from London's past.

When Murder Squad veteran Detective Tom Thorne, who solves the London Police Department's most difficult cases, is called into what seems like, for once, an ordinary domestic murder, he thinks he's caught a break. A woman has been murdered by someone she knows. A positive pregnancy test found on the floor beside her. Thorne plans to question the husband, arrest him and return home to deal with his own deteriorating personal life.

But when a mysterious sliver of bloodstained X-ray that was found clutched in the victim's fist is replicated at other crime scenes around the city, Thorne realizes that this is not a simple case. As the bits of X-ray begin to come together to form a picture, it becomes clear that the killer knows his prey all too well and is moving through a list that was started long ago.

As Thorne attempts to protect those still alive, nothing and nobody are what they seem. Not when Thorne is dealing with one of the most twisted killers he has ever hunted.

This title is due for release on July 14, 2011
We'll send you an email as soon as it is available!