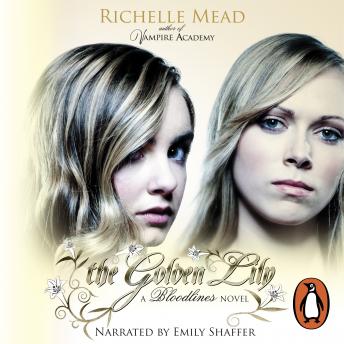 
Bloodlines: The Golden Lily is the second book in the bestselling Bloodlines series by Richelle Mead, set in the world of Vampire Academy - NOW A MAJOR FILM. A pulse-pounding world of magic, alchemy, vampires and true love awaits . . .

WILL LOVE LOSE HER EVERYTHING SHE KNOWS?

In hiding in a Californian boarding school, Sydney's life has become irrevocably intertwined with Jill Dragomir, the vampire Moroi princess she has been tasked with protecting. She has grown close to those in Jill's royal circle - and to someone in particular. Someone that forces her to question everything the alchemists believe in. Someone forbidden.

When a shocking secret threatens to tear the vampire world - her new world - apart, Sydney's loyalties are tested more than ever. Should she trust the alchemists - or her heart?

'We're suckers for it!' - Entertainment Weekly