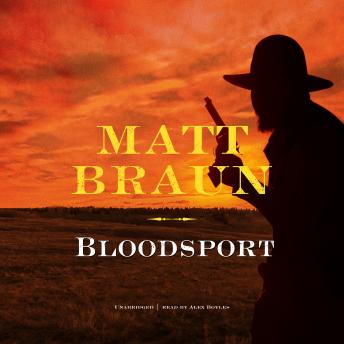 He’s a sporting man—with a scheme as big and bold as Texas.

Dan Stuart plans to stage the prizefight of the century and reap a million-dollar gate. But soon he finds the path to riches strewn with obstacles.

Outraged politicians block Stuart at every turn, and a gang of robbers led by a sharp-shooting beauty has plans of its own: the heist of the century. Stuart has two champion pugilists, five gunmen, Bat Masterson, and Judge Roy Bean in his corner.

Now, with his team set to score and the Texas Rangers hot on his trail, the West’s first boxing promoter is desperately searching for a place to hold his fight. And when he finds it, what a hell of a fight it will be.﻿