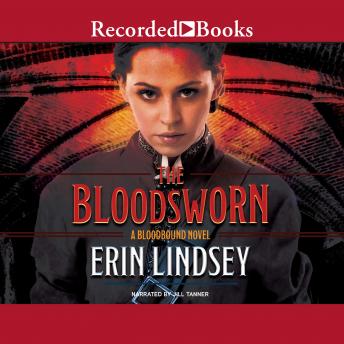 The bonds of family, love, and loyalty are pushed to their limits in this thrilling conclusion to the epic saga started in The Bloodbound. As the war between Alden and Oridia draws to an end, the fates of both kingdoms rest on the actions of a select group of individuals-and, of course, on the unbreakable bonds of blood... Unbeknownst to most of Alden, King Erik, in thrall to a cruel bloodbinder, is locked away in his own palace, plotting revenge. To save her king, Lady Alix must journey behind enemy lines to destroy the bloodbinder. But her quest will demand sacrifices that may be more than she can bear. Meanwhile, as the Warlord of Oridia tightens his grip on Alden, the men Alix loves face equally deadly tasks: Her husband, Liam, must run a country at war while her brother, Rig, fights a losing battle on the front lines. If either of them fails, Alden could be lost-and even if they succeed, their efforts may be too late to save everyone Alix holds dear.