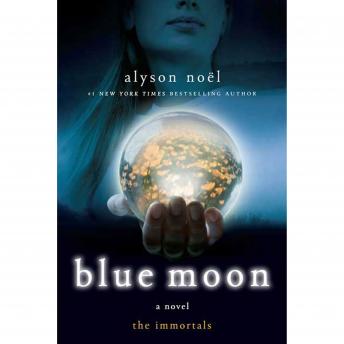 Alyson's Noël's bestselling Immortals series has been hailed as 'addictive' 'beautiful' 'haunting' and 'mesmerizing.' In the second installment, Ever can bring her family back from the dead-but only if she's willing to sacrifice the guy she loves more than life itself.
Just as Ever is learning everything she can about her new abilities as an immortal, initiated into the dark, seductive world by her beloved Damen, something terrible is happening to him. As Ever's powers are increasing, Damen's are fading-stricken by a mysterious illness that threatens his memory, his identity, his life.
Desperate to save him, Ever travels to the mystical dimension of Summerland, uncovering not only the secrets of Damen's past-the brutal, tortured history he hoped to keep hidden-but also an ancient text revealing the workings of time. With the approaching blue moon heralding her only window for travel, Ever is forced to decide between turning back the clock and saving her family from the accident that claimed them-or staying in the present and saving Damen, who grows weaker each day...