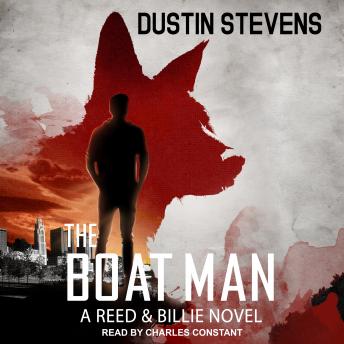 The Boat Man: A Thriller

Detective Reed Mattox, just three months removed from the death of his partner, has turned invisibility into an art form. Switching to the K-9, taking over the graveyard shift, moving to a farmhouse miles outside of Columbus, his every move has become predicated on putting as much distance between himself and the outside world as possible.
That distance is shattered, though, when bodies begin turning up in The Bottoms, the poverty-stricken section of town he is assigned to patrol. Grisly, horrific scenes start to pop up in the middle of the night and the overburdened precinct has no choice but to put Reed on it.
Now operating far outside of his comfort zone with a Belgian Malinois for a partner that attracts attention wherever they go, Reed is forced to unravel the murders, taking him clear across the city and back years in time, to an event that some very influential people will do anything to keep buried.