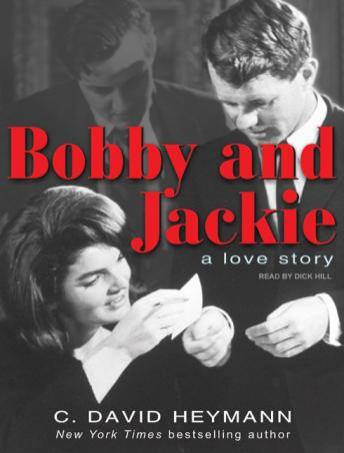 Bobby and Jackie: A Love Story

Few writers have immersed themselves in the world of the Kennedys as completely or successfully as C. David Heymann, whose biographies of Jackie, Robert, John F. Kennedy, Jr., and Caroline together have sold millions of copies and have shed light on the private lives of the most prominent members of this iconic American family. Now he draws on more than two decades' worth of personal interviews, as well as previously unavailable reports and briefs from the Secret Service and the FBI, to create a complete picture of the complex relationship that existed between two of the most heralded figures of the twentieth century.

Americans have long been fascinated by the rumored love affair between Jackie Kennedy and Bobby Kennedy. With Bobby and Jackie they will finally get more than a glimpse of their emotional and romantic connection. An open secret for decades among family insiders, their affair began as a result of their shared grief over the assassination of the president in 1963 and lasted until Bobby began his run for the Democratic presidential nomination in 1968.

Audiences will gain behind-closed-doors access to Bobby and Jackie's liaison, from late-night trysts at Jackie's Fifth Avenue apartment to fervent embraces at the Kennedy estate in Palm Beach. They will also learn more about the deep friendship that grew out of the couple's shared tragedies, their family loyalty, and their overflowing ambition.

It was 'perhaps the most normal relationship either one ever had,' Truman Capote observed. 'In retrospect, it seems hard to believe that it happened, but it did.' Poignant, illuminating, and enormously entertaining, Bobby and Jackie is a glorious account of a legendary romance.

Bobby and Jackie: A Love Story