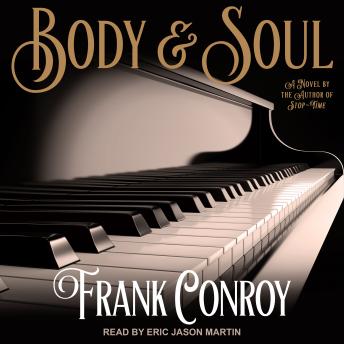 As a boy, Claude Rawlings looks up through the grated window of his basement apartment to watch the world go by. Poor, lonely, supported by a taxi-driver mother whose eccentricities spin more and more out of control, he faces the terrible task of growing up on the margins of life, destined to be a spectator of that great world always hurrying out of reach. But there is an out-of-tune piano in the small apartment, and in unlocking the secrets of its keys, as if by magic, Claude discovers himself. He is a musical prodigy.

Body & Soul is the story of a young man whose life is transformed by a gift. The gift is not without price-the work is relentless, the teachers exacting-but the reward is a journey that takes him to the drawing rooms of the rich and powerful, private schools, a gilt-edged marriage, and Carnegie Hall. Claude moves through this life as if he were playing a difficult composition, swept up in its drama and tension, surprised by its grace notes. Music, here, becomes a character in its own right, equaled in strength only by the music of Frank Conroy's own unmistakable and true voice.