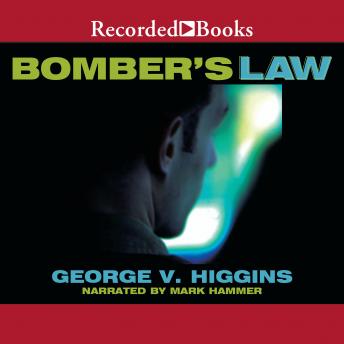 Internationally-acclaimed author George V. Higgins-a master of action and suspense-continues his gripping series in Bomber's Law. Higgins' riveting style enlivens this tale of cops and mobsters set in a world of fast-talking wise guys and heavily-armed exiles from Palookaville. When Brian Dennison succeeds 'Bomber' Lawrence as head detective in the Massachusetts State Police Department, he soon realizes that Boston's upwardly-mobile mobsters aren't going to let him hang around until retirement age. Can Dennison out-smart the mob, or will Bomber's Law claim him as another victim? Higgins' critically-acclaimed books--including Sandra Nichols Found Dead and The Friends of Eddie Coyle--are filled with rich characters and gut-wrenching dialogue. Veteran narrator Mark Hammer's resonant and gravelly voice brings each character to life with an intensity that only Higgins' writing can match.

This title is due for release on April 22, 2011
We'll send you an email as soon as it is available!