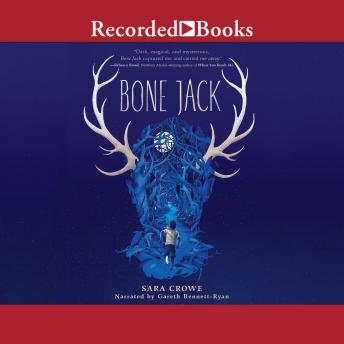 Ash Tyler knows that times have been tough in his area of northern England. There has been drought, and the sheep that didn't die from disease were killed by government officials trying to prevent the disease from spreading. His father returns from war physically unharmed, but carrying emotional and psychological scars. Even Ash's best friend, Mark, isn't acting like himself. Ash feels more disconnected from his loved ones than ever. All he wants is for everything to go back to how it used to be. As Ash trains to run in the Stag Chase-a race rooted in violent, ancient lore-he's certain that if he can just win the race and make his father proud, life will return to normal. But the line between reality and magic, between the living world and the dead, is rapidly blurring, and the past has a way of threatening the present. Ash's friend Mark is on a quest to bring his late father back from the dead in a ritual that now threatens Ash. When a run in the mountains brings Ash face to face with Bone Jack-a figure with the ability to take different natural forms-everything changes once more. Bone Jack guards the boundary between the living world and the dead, and he's reappeared after centuries of dormancy, summoned by the dark energy taking root. As Ash tries to sort out why the very fabric of his world-and the people in it-are falling apart, it becomes harder to distinguish reality from illusion. Ash must literally run for his life if he is ever to help his friend, save himself, and restore things to their proper order. For fans of Neil Gaiman's THE GRAVEYARD BOOK, a haunting story for older middle-grade readers.