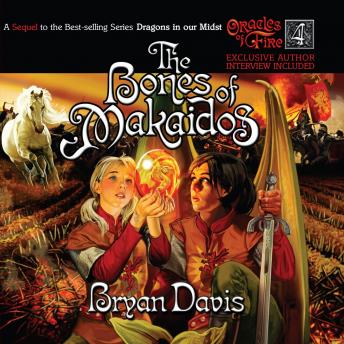 As The Bones of Makaidos begins, a wall of fire protects the inexperienced villagers of Second Eden from a planned invasion of dragons and Nephilim, but how long will the flames last? Billy, Walter, Ashley, Elam, and the faithful dragons help the people prepare, but they are woefully outnumbered and will have to go back to Earth and recruit the humans who have the ability to revert to their former dragon state. In search of aid, Billy escorts Acacia, an Oracle of Fire, through a dangerous volcano portal. With mysteries abounding and an ultimate battle looming, every decision could mean the difference between survival and catastrophe, and only a prophesied sacrifice can stop the onslaught of evil. But who will be the sacrificial lamb?

This title is due for release on April 24, 2009
We'll send you an email as soon as it is available!