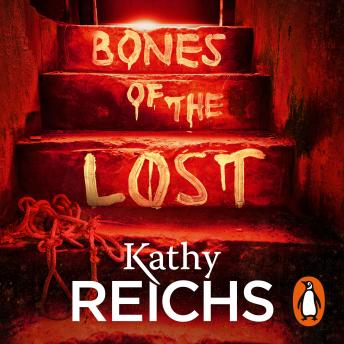 Bones of the Lost: (Temperance Brennan 16)

The body of a teenage girl is discovered along a desolate highway on the outskirts of Charlotte. Inside her purse is the ID card of a local businessman who died in a fire months earlier.

Who was the girl? And was she murdered?

Dr Temperance Brennan, Forensic Anthropologist, must find the answers. She soon learns that a Gulf War veteran stands accused of smuggling artefacts into the country. Could there be a connection between the two cases?

Convinced that the girl’s death was no accident, Tempe soon finds herself at the centre of a conspiracy that extends from South America to Afghanistan. But to find justice for the dead, she must be more courageous - and take more extreme action - than ever before.

Dr Kathy Reichs is a professional forensic anthropologist. She has worked for decades with chief medical examiners, the FBI, and even a United Nations Tribunal on Genocide.

However, she is best known for her internationally bestselling Temperance Brennan novels, which draw on her remarkable experience to create the most vividly authentic, true-to-life crime thrillers on the market and which are the inspiration for the hit TV series Bones.

Many of the world's greatest thriller writers are huge fans of her work:

'Kathy Reichs writes smart – no, make that brilliant – mysteries that are as realistic as nonfiction and as fast-paced as the best thrillers about Jack Reacher, or Alex Cross.' JAMES PATTERSON

'One of my favourite writers.' KARIN SLAUGHTER

'Nobody does forensics thrillers like Kathy Reichs. She’s the real deal.' DAVID BALDACCI

'Each book in Kathy Reichs’s fantastic Temperance Brennan series is better than the last. They’re filled with riveting twists and turns – and no matter how many books she writes, I just can’t get enough!' LISA SCOTTOLINE

Bones of the Lost: (Temperance Brennan 16)