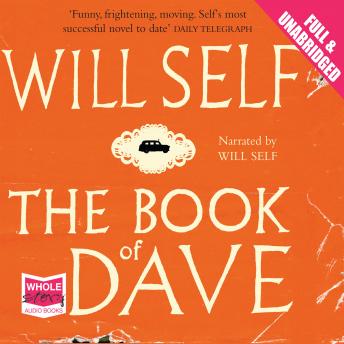 The Book of Dave

Written By: Will Self

Narrated By: Will Self

What if a demented London cabbie called Dave Rudman wrote a book to his estranged son to give him some fatherly advice? What if that book was buried in Hampstead and hundreds of years later, when rising sea levels have put London underwater, spawned a religion? What if one man decided to question life according to Dave? And what if Dave had indeed made a mistake? Shuttling between the recent past and a far-off future where England is terribly altered, The Book of Dave is a strange and troubling mirror held up to our times: disturbing, satirizing and vilifying who and what we think we are.