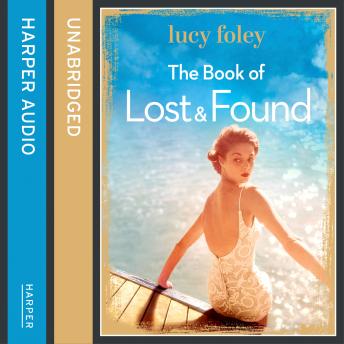 The Book of Lost and Found

In many ways, my life has been rather like a record of the lost and found. Perhaps all lives are like that.

It's when life started in earnest
HERTFORDSHIRE, 1928

The paths of Tom and Alice collide against a haze of youthful, carefree exuberance. And so begins a love story that finds its feet by a lake one silvery moonlit evening . . .

It's when there were no happy endings
PARIS, 1939

Alice is living in the City of Light, but the pain of the last decade has already left its mark. There's a shadow creeping across Europe when she and Thomas Stafford - now a world famous artist - find each other once more . . .

It's when the story begins
LONDON, 1986
Bequeathed an old portrait from her grandmother, Kate Darling uncovers a legacy that takes her to Corsica, Paris and beyond. And as the secrets of time fall away, a love story as epic as it is life-changing slowly reveals itself . . .

Sweeping and heartrending - the perfect read for fans of Victoria Hislop and Kate Morton.

Book of Lost and Found