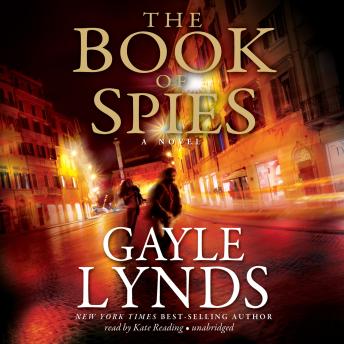 The Book of Spies

Spoken of in hushed tones by those who know the story, the Library of Gold is a legendary collection of rare, priceless books from ages past. Lost to the world for centuries, its existence has come to be regarded as myth. But the Library of Gold is real, and secretly controlled by a mysterious cabal of the world's richest, most powerful men, who will stop at nothing to protect their interests.

Eva Blake, a rare-book expert and conservator, is in prison for a drunk-driving accident that she doesn’t remember—one that resulted in the death of her husband, an even more famous rare-book expert. When an undercover CIA agent named Tucker Andersen offers to get her released in exchange for her help and expertise on the Library of Gold, she is eager to oblige. A book said to be from the Library of Gold has recently surfaced, delivered anonymously to the CIA, and it is now on exhibit at the British Museum as bait to draw out those with knowledge of the library. Eva is sent to investigate the scene, and while there, she sees the one person she never expected to see again: her dead husband, Charles.

After Charles first flees, then tries to kill her, Eva finds herself in the midst of several powerful, secret forces who either want her dead or want to use her to find the Library of Gold. The only person unequivocally on her side is Judd Ryder, the son of an undercover CIA agent who was killed after he discovered a mysterious bank account tied to Islamic terrorists. Judd believes the bank account is somehow connected to the library, and he is determined to find those responsible for his father's death. Alone against the world, Eva and Judd must fight a wide net of ruthless enemies as they race to unravel the clues to the library's whereabouts before it vanishes once again into the sands of time.