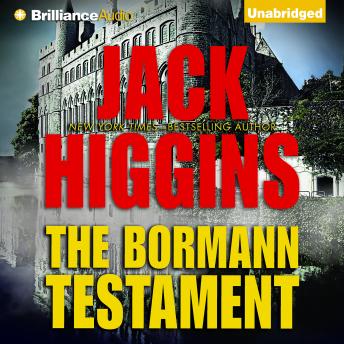 Special Agent Paul Chavasee is about to start a much-deserved holiday when he is abruptly pulled back to active duty. He knows that if he's being called into action, a job has gone bad - and it's about to get a lot worse. As Hitler's private secretary - and an influential member of the Third Reich - Martin Bormann was one of those rare Nazis who managed to simply disappear at the end of World War II. But the terrible secrets Bormann carried into oblivion are about to be revealed to the world. A manuscript that exposes former Nazis, who are now in hiding, is up for grabs, and there are those in power who have much to lose with its discovery. Now, Chavasse must retrieve the Bormann testament before it is buried forever - and him along with it...