Born in Blood: The Lost Secrets of Freemasonry 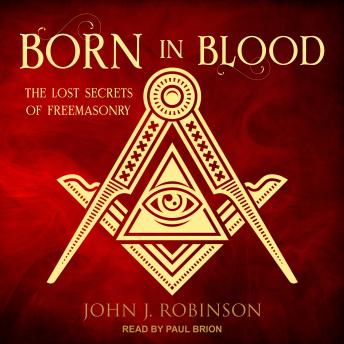 Its mysterious symbols and rituals had been used in secret for centuries before Freemasonry revealed itself in London in 1717. Once known, Freemasonry spread throughout the world and attracted kings, emperors, and statesmen to take its sacred oaths. But where had this powerful organization come from? What was it doing in those secret centuries before it rose from underground more than 270 years ago? And why was Freemasonry attacked with such intense hatred by the Roman Catholic church?

This amazing detective story answers those questions and proves that the Knights Templar in Britain, fleeing arrest and torture by pope and king, formed a secret society of mutual protection that came to be called Freemasonry. Based on years of meticulous research, this book solves the last remaining mysteries of the Masons-their secret words, symbols, and allegories whose true meanings had been lost in antiquity. With a richly drawn background of the bloody battles, the opportunistic kings and scheming popes, the tortures and religious persecution throughout the Middle Ages, it is an important book that may require that we take a new look at the history of events leading to the Protestant Reformation.

Born in Blood: The Lost Secrets of Freemasonry