Born in Slavery: Narratives from the WPA Slave Narrative Collection 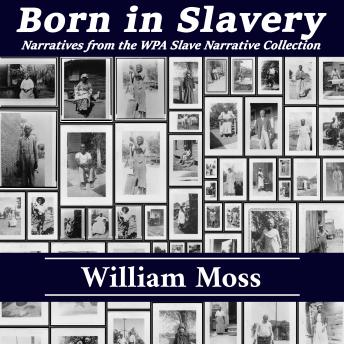 The WPA Slave Narrative Collection was a massive compilation of histories by former slaves undertaken by the Federal Writers' Project of the Works Progress Administration from 1936 to 1938. It was the simultaneous effort of state-level branches of FWP in seventeen states, working largely separately from each other.

These narratives depict the physical and mental atrocities visited upon black people in a way no other method, save that of witnessing the barbarities firsthand, could. The narratives that disclosed the meanness and depravity of evil 'masters,' graphically illustrate the abject wrongness of slavery. Lest we be inclined to consider the reports depicting benignant generosity among slave owners as exonerating slavery, consider the aftermath of emancipation. Hundreds of thousands of black people who were taught to depend on the largess of their white masters as the only way to live, were plunged into contemptible, humiliating poverty; swept under the feet of the vanquished foe that once enslaved them.

When I Was a Slave is a collection of the expression of these former slaves. Having described the slavery from which they were emancipated, they then speak of a new slavery of exclusion and hatred.

Born in Slavery: Narratives from the WPA Slave Narrative Collection