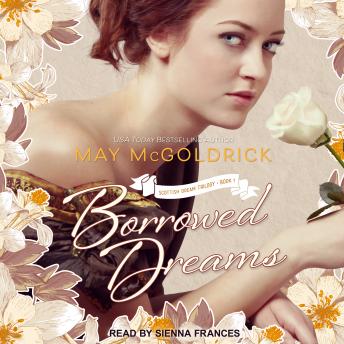 Written By: May McGoldrick

Driven to undo the evil wrought by her dead husband, Millicent Wentworth must find a way to save her estate and free the innocent people he enslaves. Her only hope is a marriage-in name only-to the notorious widower the Earl of Aytoun.

Devastated by the tragic accident that killed his wife and left him gravely wounded, Lyon Pennington, fourth Earl of Aytoun, is tormented by the accusations that blame him for the catastrophe. Filled with despair, he lets his mother lure him into a marriage of convenience-for the sake of a good-hearted woman on the verge of financial ruin.

Under Millicent's gentle gaze, Lyon begins to regain his strength and his wounded heart begins to heal. And soon Millicent discovers that beneath his unruly beard and grim demeanor, Lyon just may be the most handsome-and caring-man she's ever encountered. For the first time in her life, she realizes that she is alive-alive with a smoldering desire for the one man she'll love forever . . .