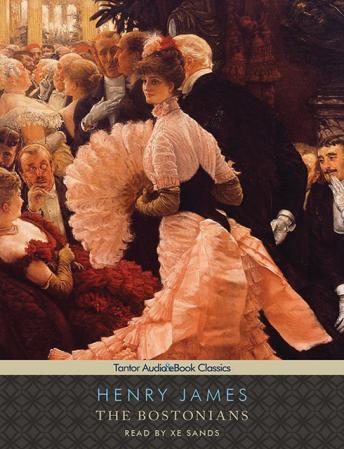 From Boston's social underworld emerges Verena Tarrant, a girl with extraordinary oratorical gifts, which she deploys in tawdry meeting-houses on behalf of 'the sisterhood of women.' She acquires two admirers of a very different stamp: Olive Chancellor, devotee of radical causes and marked out for tragedy; and Basil Ransom, a veteran of the Civil War who holds rigid views concerning society and women's place therein. Is the lovely, lighthearted Verena made for public movements or private passions? A struggle to possess her, body and soul, develops between Olive and Basil.

The exploitation of Verena's unregenerate innocence reflects a society whose moral and cultural values are failing to survive the new dawn of liberalism and democracy. When it was first published in 1886, The Bostonians was not welcomed by Henry James's fellow countrymen, who failed to appreciate its delicacy and wit. But over a century later, this book is widely regarded as James's finest American fiction and perhaps his comic masterpiece.

This title is due for release on December 27, 2010
We'll send you an email as soon as it is available!