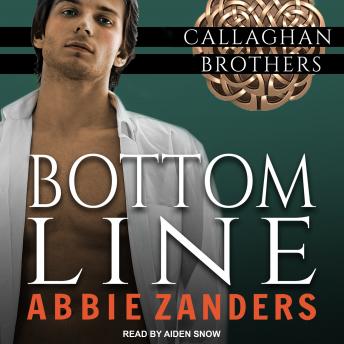 Control. Aidan Harrison likes it. Needs it. As CEO of the hugely successful Celtic Goddess franchise, he wields it as skillfully in the boardroom as he does the bedroom. It's made him millions and put him at the top of his game. He wants for nothing.

Except a woman who is more interested in him than his bottom line.

As a close friend of the Callaghan family, he's witnessed the croie phenomena seven times over in as many years. Dare he hope that by shedding his public persona, he might find a soul mate of his own? A woman capable of taking his inner beast and leaving his wealth, power, and prestige?

Everything about Mary O'Rourke is average. Brown hair, brown eyes, average height and weight. There is absolutely nothing remarkable about her, except her compassion. She has spent her entire life taking care of others: her father, her husband, her man-crazy mother. She wishes that just once, someone would take care of her.

When a gorgeous stranger suddenly appears New Year's Eve, she's not sure what to think. He's a walking contradiction. Aidan does things to her no man has ever done, and she likes it. But can she trust him with her heart?