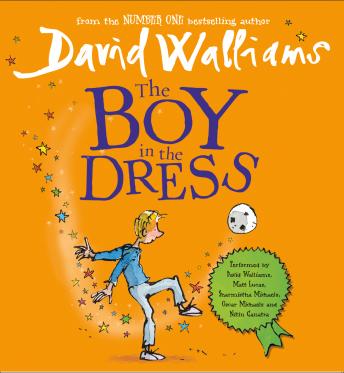 The Boy In The Dress

The debut children's novel from David Walliams, number one bestseller and fastest growing children's author in the country. Now experience the whole story in glorious sound as David teams up with an old friend (his name begins with Matt and ends with Lucas) to deliver a hilarious and beautifully produced audiobook

Why was he different, you ask?

Well, a small clue might be in the title of this book...

Now David teams up with Matt Lucas to produce an audiobook with a difference. Read by two of the brightest stars in sketch comedy, this lavish production brings the hilarious voices behind Little Britain to your nearest earphones. And it tells a fantastic story too...

Boy In The Dress

This title is due for release on November 1, 2008
We'll send you an email as soon as it is available!