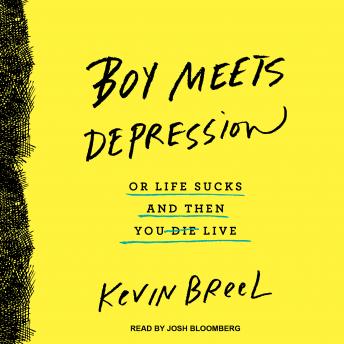 Boy Meets Depression: Or Life Sucks and Then You Live

Kevin Breel burst into the public's awareness when at nineteen his TED talk became a worldwide phenomenon. Through the lens of his own near suicide, he shared his profoundly vulnerable story of being young, male, and depressed in a culture that has no place for that. Boy Meets Depression is a book that explores what it means to struggle and tells an honest, heartfelt story about how a meaningful life isn't found in perfection; it's found in our ability to heal and accept the dark parts of ourselves.

Boy Meets Depression: Or Life Sucks and Then You Live