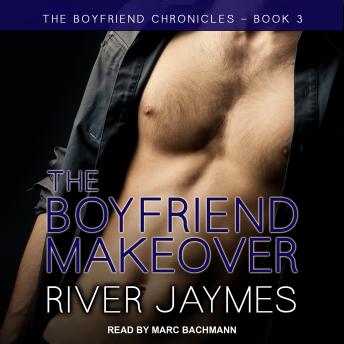 Noah Tanner loves life and the gay men who live it. Bisexuals rock too. Questioning? Even better. One-offs come and go like dates on a calendar, but his friends and his calling never do. He's spent years raising money for San Francisco's homeless in honor of the boyfriend who died. Ensuring the success of his upscale charity event is currently job one. He's closing in on his goal, but the deliciously scruffy, oh-so-sexy Bachelor Bid contestant, Dr. Kyland Davis, is proving far too distracting.

Former Texan and no-nonsense surgeon Ky Davis prefers his beat-up Stetson boots to Louboutins. He's sacrificed a lot to help raise his siblings-including keeping his orientation a secret. After a difficult year for his sister, he'll do anything to see her smile again, even agree to participate in the fundraiser she's been hired to organize. Unfortunately, the accompanying makeover by the irreverent and gorgeous Noah Tanner might be his undoing . . .

I liked this story, especially how the characters dealt with difficult issues in their lives.