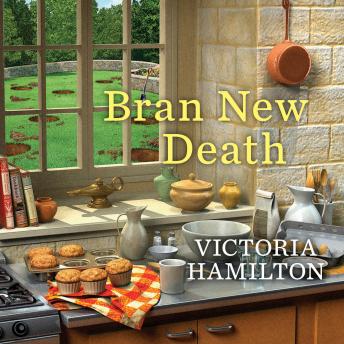 Merry is making a fresh start in small-town Autumn Vale, New York, in the mansion she's inherited from her late uncle, Melvin. The house is run-down and someone has been digging giant holes on the grounds, but with its restaurant-quality kitchen, the place has potential for her new baking business. She even has her first client-the local retirement home.

Unfortunately, Merry soon finds that quite a few townsfolk didn't like Uncle Mel, and she has inherited their enmity as well as his home. Local baker Binny Turner and her crazy brother, Tom, blame Melvin for their father's death, and Tom may be the one vandalizing her land. But when Tom turns up dead in one of the holes in her yard, Merry needs to prove that she had nothing to do with his death-or her new muffin-making career may crumble before it starts.