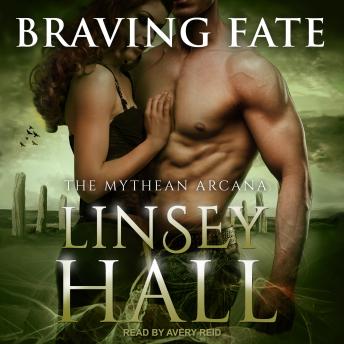 As chaos looms, a warrior queen is reborn

Scholar Diana Laughton can't shake her terrible nightmares. Dreams of battle, dreams of blood . . . dreams so vivid she's living them day and night. When demons invade her quiet life and she flees to Scotland, she fears she might be going mad. Or perhaps she's remembering a past life she never knew existed . . .

In the midst of betrayal, he must protect her

Mythean Guardian Cadan Trinovante is haunted by a tortured history he shared with Boudica, Ancient Britain's warrior queen. Now that she's been reincarnated and given a deadly task, he vows to protect her. He won't let her uncover the truth about their past. It would make her hate him-a fate he refuses to accept.

To succumb to seduction could prove fatal

Thrown together in a shadowy world that exists alongside our own, Diana must learn to fight the demonic forces that want her dead. When Diana attempts to seduce Cadan for information about her past, he aches to claim her. His greatest battle will be resisting a passion that has lasted centuries . . . and is prophesied to destroy them both.