The Bread of Angels: A Journey to Love and Faith 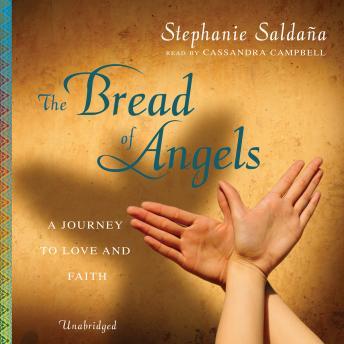 In 2004, twenty-seven-year-old Stephanie Saldaña traveled to Damascus, Syria, on a Fulbright fellowship to study the role of the prophet Jesus in Islam. She was also fleeing a broken heart. It was not an ideal time to be an American in the Middle East-the United States had recently invaded Iraq, refugees were flooding into Damascus, and dark rumors swirled that Syria might be next to come under American attack. Miserable and lonely, Stephanie left Damascus to visit an ancient Christian monastery carved into the desert cliffs. In that beautiful, austere setting, she confronted her wavering faith and met Frédéric, a young French novice monk. As they set out to explore the mysteries entwining Christianity and Islam, Stephanie slowly realized that she had found God again-and that she was in love with Frédéric. But would Frédéric choose God or Stephanie?

"[T]his is, above all, a love story, and a compelling one. Not many people can write transcendent, mystical prose and also create a page turner that keeps you up nights."-Geraldine Brooks, Pulitzer Prize-winning author of March and Year of Wonders

Bread of Angels: A Journey to Love and Faith