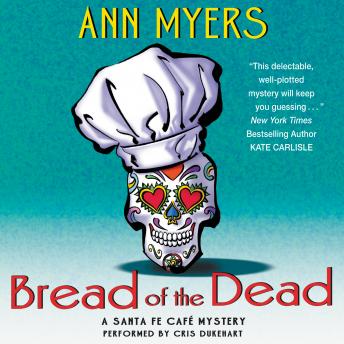 Bread of the Dead: A Santa Fe Cafe Mystery

Although the police deem Victor's death a suicide, Rita knows something is amiss. To uncover the truth, she teams up with her octogenarian boss, Flori, the town's most celebrated snoop. The duo begins to sift through long-buried secrets and to take full measure of duplicitous neighbors, but the clock is ticking and their list of suspects is growing ever longer. Just as the clues get hotter than a New Mexican chili, one of their main suspects winds up dead. Rita fears that the killer is dishing out seconds—and her order might be up.