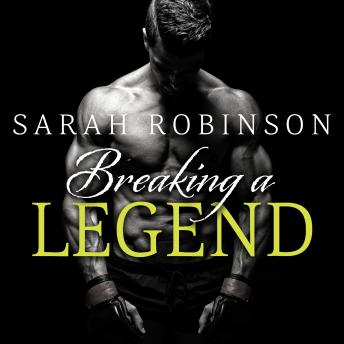 As one of the big names at his family's gym, Legends, MMA star Rory Kavanagh is used to being in the spotlight-until a gruesome leg injury knocks him out of the cage. Rory is left feeling sidelined in more ways than one, battling the inner demons that come with losing the one shot at his dreams. Then Clare walks into his life and gives him a new dream: winning her heart. There aren't many new faces in Woodlawn these days, but this tough, beautiful stranger makes Rory want to get his life back into fighting shape.

Clare Ivers doesn't think she'll be able to tell anyone what really brought her to the close-knit Bronx neighborhood where she just started bartending. But her life's on pause and her past is catching up fast, try as she might to move on-with new friends, steady work, and a chiseled alpha male trying to get her attention. Even though Rory's more than a little intense, she can't deny that her heart beats faster when he looks at her with those soulful silver eyes. Clare thought she was done with love, but Rory might just be man enough to show her she thought wrong.