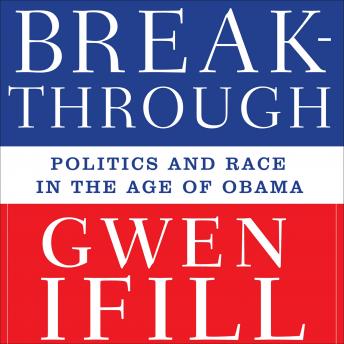 The Breakthrough: Politics and Race in the Age of Obama

A veteran journalist surveys the American political landscape and illuminates the evolution of the African-American politician-and the future of American democracy. Gwen Ifill began her journalism career at the Boston Herald in 1977, covering race riots by telephone. It was too risky for a young black reporter to venture onto the grounds of South Boston High School. Thirty years later, a black man announced his candidacy for president of the United States.Obama is the leading edge of a sea change in American politics, but his is by no means the only story. Ifill offers incisive, detailed profiles of other prominent black leaders including Newark Mayor Cory Booker, Massachusetts Governor Deval Patrick, and U.S. Congressman Artur Davis of Alabama. She also covers up-and-coming figures from across the nation. Drawing on interviews with power brokers like Obama, former Secretary of State Colin Powell, Vernon Jordan, the Reverend Jesse Jackson, and many others, as well as her own razor-sharp observations and analysis, Ifill shows why now is a pivotal moment in American history.

Breakthrough: Politics and Race in the Age of Obama

This title is due for release on January 20, 2009
We'll send you an email as soon as it is available!