Bridget Jones: Mad About the Boy 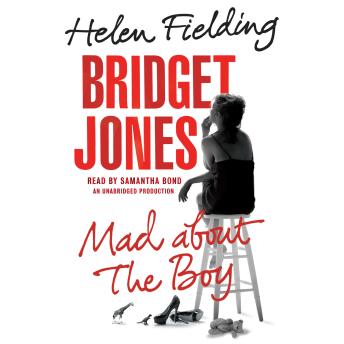 What do you do when your girlfriend’s sixtieth birthday party is the same day as your boyfriend’s thirtieth?

Is it better to die of Botox or die of loneliness because you’re so wrinkly?

Is it wrong to lie about your age when online dating?

Is it morally wrong to have a blow-dry when one of your children has head lice?

Is it normal to be too vain to put on your reading glasses when checking your toy boy for head lice?

Does the Dalai Lama actually tweet or is it his assistant?

Is it normal to get fewer followers the more you tweet?

Is technology now the fifth element? Or is that wood?

If you put lip plumper on your hands do you get plump hands?

Is sleeping with someone after two dates and six weeks of texting the same as getting married after two meetings and six months of letter writing in Jane Austen’s day?

In a triumphant return after fourteen years of silence, Bridget Jones: Mad About the Boy is timely, tender, touching, page-turning, witty, wise, outrageous, and bloody hilarious.

Bridget Jones: Mad About the Boy