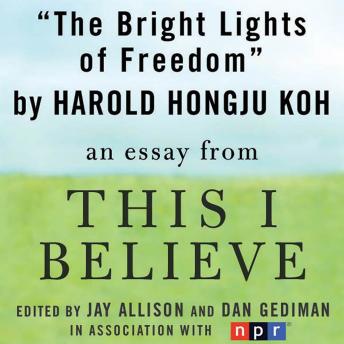 The Bright Lights of Freedom: A 'This I Believe' Essay

Harold Hongju Koh describes how the partition of Korea and his role as a human rights official in the State Department shaped his belief in 'The Bright Lights of Freedom', for NPR's This I Believe series.