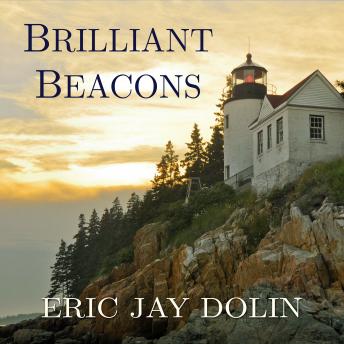 Brilliant Beacons: A History of the American Lighthouse

In a work rich in maritime lore and brimming with original historical detail, Eric Jay Dolin, the bestselling author of Leviathan, presents the most comprehensive history of American lighthouses ever written, telling the story of America through the prism of its beloved coastal sentinels. Set against the backdrop of an expanding nation, Brilliant Beacons traces the evolution of America's lighthouse system, highlighting the political, military, and technological battles fought to illuminate the nation's hardscrabble coastlines. In rollicking detail, Dolin treats listeners to a memorable cast of characters, including the penny-pinching Treasury official Stephen Pleasonton, who hamstrung the country's efforts to adopt the revolutionary 'Fresnel Lens,' and presents tales both humorous and harrowing of soldiers, saboteurs, ruthless egg collectors, and most importantly, the light-keepers themselves.

Brilliant Beacons: A History of the American Lighthouse