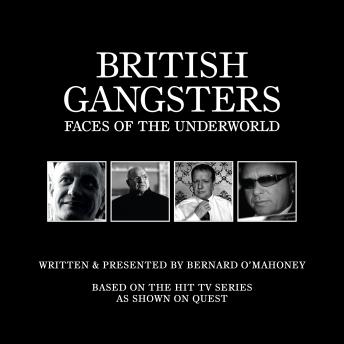 Villains, gangsters or "Faces" as they prefer to be called, are the men, gang and family members who have made headlines over the past 50 years for all the wrong reasons. Some are household names: the Krays, the Richardsons, Paul Ferris, Frankie Fraser, Arthur Thompson and Vic Dark. Many you will not recognise, but the mere mention of these people has struck fear into individuals and entire communities. Despite their notoriety, the faces of Britain's most feared criminals remain largely unknown. That is until now.

British Gangsters: Faces of the Underworld gives a unique insider's insight into these men.

Presented by Bernard O'Mahoney, best-selling true crime author and former member of the Essex Boys Firm, Britain's most infamous and influential 'faces' are interviewed for the first time, many of whom have never appeared on record before.