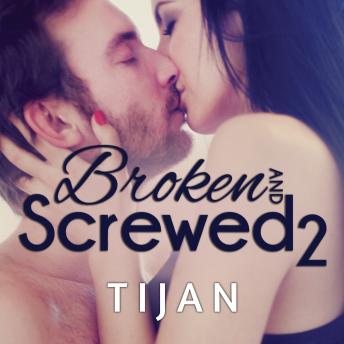 Alexandra is pissed about her parents abandoning her. She's beyond pissed that her friends did the same. She's enraged because things are unclear about her brother's death now. So her first stop is at Jesse's house to demand answers. She wants to know why her brother was friends with the criminal crowd before he died and she knows he holds the answers. But when she sees him, she doesn't get the answers she expected. Instead, she finds out that their chemistry never faded and soon heats up again!

Some habits die hard. Soon Jesse and Alex are back to their ways of sneaking around. He's a near-celebrity at school and she doesn't want to deal with the backlash of being his girlfriend. Alex is tired of being hurt so she's learned the lesson not to confide and lean on others. However, she can't seem to help herself when it comes to Jesse Hunt. The big question isn't if she will survive if their relationship goes public, it's if she will survive when the real truths about her family and brother come out? Or when she learns that Jesse knows more than what he's told her? Contains mature themes.