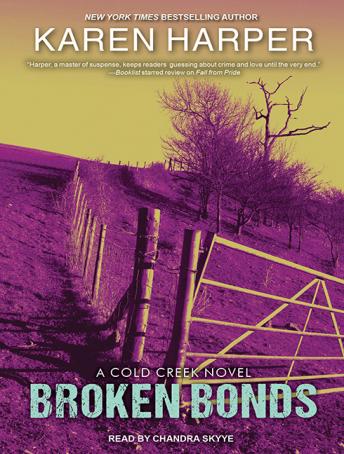 Now adults, the three Lockwood sisters are still recovering from the events that led to the destruction of their family when they were children. Determined to move forward, Tess and Kate are making fresh starts in their hometown of Cold Creek, ready to put bad-even deadly-memories to rest. And they're hoping that their older sister, Charlene, can do the same.

Char is back in town seeking comfort as she figures out her next move. A social worker used to difficult situations, she soon runs afoul of some locals who think that she's sticking her nose where it doesn't belong. She's certain that something sinister is being covered up in Cold Creek, and when she witnesses Matt Rowan being run off the road, she knows that she's right.

Working together, Matt and Char figure that uncovering the truth will be dangerous, but living in Cold Creek won't be safe for any of them until its secrets are revealed.Contains mature themes.