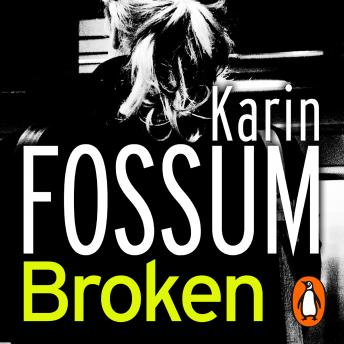 A woman wakes one night to find that a strange man has walked into her bedroom. She lies there in terrified silence unable to move. The woman is an author and the man one of her prospective characters. So desperate is he to have his story told that he has resorted to breaking in to her house to make her tell it.

She creates Alvar Eide, forty-two years old, single, who works in an art gallery. He lives a quiet, dutiful life, carefully designed to avoid surprise. One winter's day all this begins to change, when an emaciated young heroin addict walks into the gallery. A kind man, Alvar gives her a cup of coffee to warm her up. She returns some weeks later to his place of work, and then one day appears on his doorstep demanding to be let in.

Interspersed with the chapters of Alvar's story are his encounters with its author - the frantic attempts of a fictional man trying to control his own destiny. Broken is a gripping novel about the boundary between fact and fiction from the renowned author of the Inspector Sejer mysteries.