The Brotherhood: America's Next Great Enemy 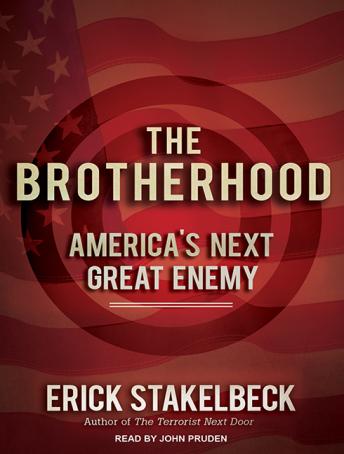 The Muslim Brotherhood, or Ikhwan, has engaged in terrorism, assassinations, and anti-Western, anti-Semitic rhetoric and violence for almost a century-yet few Americans realize how powerful they really are. While we focus on al Qaeda, Hamas, and Hezbollah, it's actually the Muslim Brotherhood, the world's oldest, most influential, and most anti-American Islamist group, that has become the preeminent voice and power in the Muslim world.

Hiding behind a cloak of respectability and expensive Western suits, the Muslim Brotherhood is installing vehemently anti-American governments and power structures throughout the Middle East and the world, as we sit back and cheer for the 'democracy' of the Arab Spring.

In his new book, The Brotherhood: America's Next Great Enemy, Erick Stakelbeck teaches us the frightening truth about this dangerous group, from his first-hand experiences investigating the Brotherhood for eleven years, interviewing its members and visiting its mosques and enclaves.

In The Brotherhood, Stakelbeck:


Reveals how the Obama administration has put the Brotherhood on the threshold of power at every turn
Examines the alarming ramifications for America, Europe, and Israel of the Brotherhood's rapid rise
Warns against the West's-particularly the Left's-shortsighted, naïve, and deadly embrace of the Ikhwan and
Traces the group from its violent roots to its current strategy of 'stealth jihad'


With Middle Eastern unrest only growing hotter, and saber-rattling at the West only growing louder, the Muslim Brotherhood's growing global clout will remain on the front burner of American national security challenges. Revealing and disconcerting, The Brotherhood is a must-listen for every American hoping to remain in a free America.