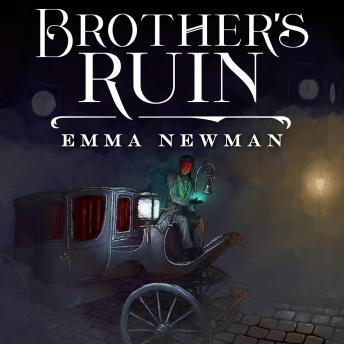 The year is 1850 and Great Britain is flourishing, thanks to the Royal Society of the Esoteric Arts. The Industrial Revolution, powered by the Royal Society's magic, is changing the world and fortunes can be made by those with strong magical talent. Newly discovered talented mages are bought from their families at a tremendous price, while weak mages are snapped up for a pittance.

Charlotte Gunn doesn't trust the Royal Society and is hiding her magical talents to avoid being forcibly recruited by them. But when her magic is mistaken as her brother's and he is put forward for compulsory testing, she has a terrible choice to make; watch him be taken from their struggling family for little compensation, or pass off her talents as his own to make the magi pay more for taking him.

When her father's life is put in danger by a terrifying debt collection agency with a record of people dying on their premises, Charlotte is forced to trick the most powerful people in the land to paying her family higher compensation in order to clear her father's debt. But can she keep her own magical talents hidden and remain free herself?

This is the audiobook version of the novella published by Tor.com.