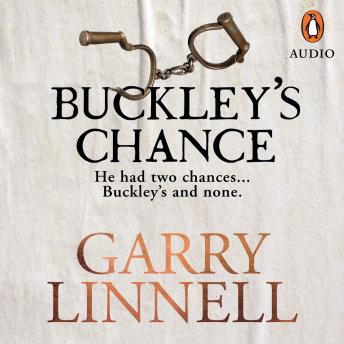 He fought Napoleon's army and survived.

He was sent to the gallows and escaped the noose.

Now he is in chains and on his way to the other side of the world. What happens next will become one of the most remarkable survival stories in history.

The 19th century has just begun. The world is at war. England, ruled by a mad king, is exiling thousands of criminals to an old land that has become its newest dumping ground.

One of those prisoners is William Buckley, barely 21, a former soldier sentenced to life for stealing two small pieces of cloth. He's a giant for his times. But it's not just his towering frame that sets him apart. It's his desire for freedom that will make his story so unique - even in an era famous for outrageous acts of bravery and heroism.

On a moonlit night Buckley escapes and disappears into the Australian bush. Discovered and adopted by an aboriginal tribe who regard him as a ghost, he is initiated into their rich and complex culture. Given up for dead by his white captors, he will not be seen again for more than 30 years until he emerges one day...carrying a spear, dressed in animal skins and having forgotten the English language.

Buckley's Chance is a profound journey into a turning point in history where cultures clash, bitter rivals go to war and the body count mounts.

It's also the story of a man who refuses to be held down.

A man prepared to defy all odds and take a chance.