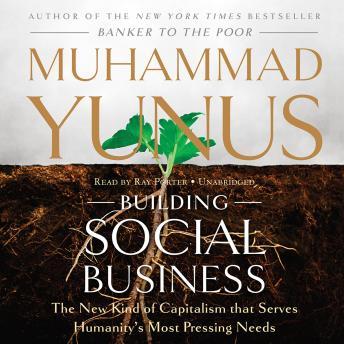 Muhammad Yunus, the practical visionary who pioneered microcredit and won the 2006 Nobel Peace Prize for his world-changing efforts, here develops his revolutionary new concept that promises to redeem the failed promise of free enterprise: social business. Designed to fill the gap between profit-making and human needs, social business applies entrepreneurial thinking to problems like poverty, hunger, pollution, and disease, creating self-supporting enterprises that create jobs and generate economic growth even as they make the world a better place. Partnering with some of the world's greatest corporations, Yunus and his Grameen Bank have already launched several social businesses that are addressing challenges like malnutrition, lack of potable water, and endemic illness in Yunus's homeland of Bangladesh, while other organizations around the world are developing their own experiments in social business. In this book, Yunus traces the development of the social business idea and explains its lessons for entrepreneurs, social activists, and policy makers, and offers practical guidance for those who want to create social businesses of their own.

"Muhammad Yunus is a practical visionary who has improved the lives of millions of people in his native Bangladesh and elsewhere in the world."—Los Angeles Times