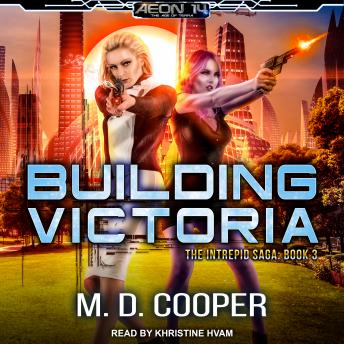 The Intrepid is drifting slowly between the stars.

After near calamity at LHS 1565, the ship is headed for Kapteyn's Star to make repairs. There, the crew will need to spend decades building a temporary industrial base.

Across the void, the Noctus prepare to leave Sirius for the same destination. Their plan is to colonize the system and forge new lives for themselves . . . if they aren't destroyed by their government first.

In an epic tale spanning over a century, General Tanis Richards finds herself in another fight for her life as the new colony of Victoria is built under the threat of interstellar war.