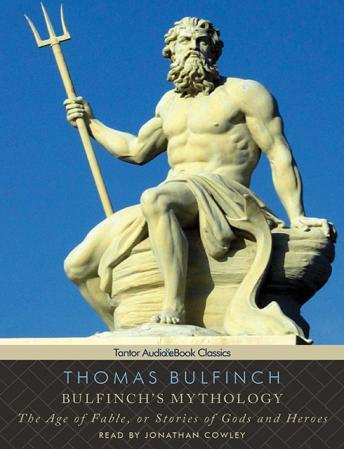 Bulfinch's Mythology: The Age of Fable, or Stories of Gods and Heroes

First published in three separate volumes from 1855 to 1863, Bulfinch's Mythology quickly became the standard source of classic tales from ancient Greece and Rome, the Norse tradition, and beyond. This edition contains the full text of The Age of Fable, or Stories of Gods and Heroes, the first volume of Bulfinch's seminal work. From stories of the Greek gods of Mt. Olympus to retellings of the Iliad and the Odyssey, from descriptions of mythological monsters to tales of Hindu and Egyptian deities, Bulfinch's versions of these classic stories bring their characters to life. Throughout the text, Bulfinch includes examples of literary interpretations of and allusions to the various stories and points out proverbial expressions that have their origins in the mythology he relates, making this a vital reference for students of literature as well as a delightfully vibrant collection of the stories that form our cultural heritage.

Bulfinch's Mythology: The Age of Fable, or Stories of Gods and Heroes