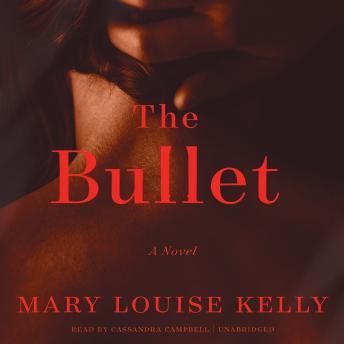 From former NPR correspondent Mary Louise Kellycomes a heart-pounding story about fear, family secrets, and one woman's huntfor answers about the murder of her parents.
Two words: the bullet. That's all it takes toshatter her life.
Caroline Cashion is beautiful, intelligent, aprofessor of French literature. But in a split second, everything she's knownis proved to be a lie.
A single bullet, gracefully tapered at one end, isfound lodged at the base of her skull. Caroline is stunned. It makes no sense:She has never been shot. She has no entry wound, no scar. Then, over the courseof one awful evening, she learns the truth: she was adopted when she was threeyears old, after her real parents were murdered. Caroline was there the nightthey were attacked. She was wounded too, a gunshot to the neck. Surgeons hadstitched up the traumatized little girl, with the bullet still there, nestleddeep among vital nerves and blood vessels.
That was thirty-four years ago.
Now, Caroline has to find the truth of her past. Whywere her parents killed? Why is she still alive? She returns to her hometown,where she meets a cop who lets slip that the bullet in her neck is the samebullet that killed her mother-full-metal jacket, .38 Special. It hit Caroline'smother and kept going, hurtling through the mother's chest and into the childhiding behind her.
Caroline is horrified-and in danger. When a gun isfired it leaves markings on the bullet, tiny grooves almost as unique as afingerprint. The bullet in her neck could finger a murderer. Can Carolineunravel the clues to her past before the killer tracks her down?