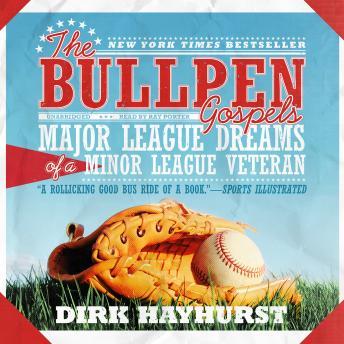 From the humble heights of a Class-A pitcher's mound to the deflating lows of sleeping on his gun-toting grandmother's air mattress, veteran reliever Dirk Hayhurst steps out of the bullpen to deliver the best pitch of his career-a raw and unflinching account of his life in the minor leagues. Whether training tarantulas to protect his room from thieving employees in a backwater hotel or absorbing the gentle mockery of some not-quite-starstruck schoolchildren, Hayhurst reveals a side of baseball-and life-rarely seen on television.