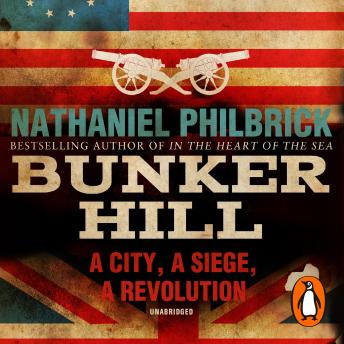 What lights the spark that ignites a revolution?

What was it that, in 1775, provoked a group of merchants, farmers, artisans and mariners in the American colonies to unite and take up arms against the British government in pursuit of liberty?

Nathaniel Philbrick, the acclaimed historian and bestselling author of In the Heart of the Sea and The Last Stand, shines new and brilliant light on the momentous beginnings of the American Revolution, and those individuals – familiar and unknown, and from both sides – who played such a vital part in the early days of the conflict that would culminate in the defining Battle of Bunker Hill.

Written with passion and insight, even-handedness and the eloquence of a born storyteller, Bunker Hill brings to life the robust, chaotic and blisteringly real origins of America.

This title is due for release on November 26, 2015
We'll send you an email as soon as it is available!